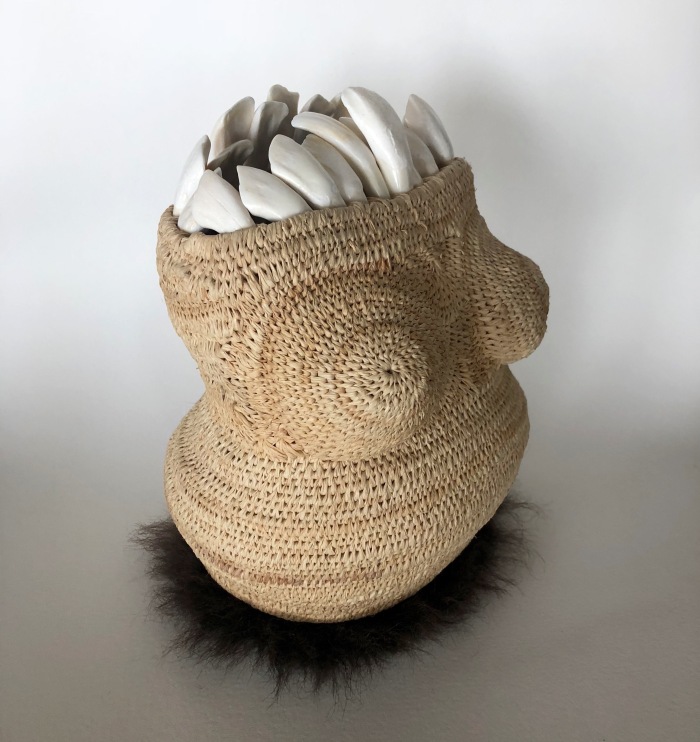 Fetish (object/object/object) is a hand woven basket in the shape of a female body without a head, arms, hands, legs or feet; with upper and lower openings, lined with buffalo teeth and fur respectively. The two openings refuse the task of a permanent container. The object asserts fetishized parts of female bodies as a passageway, a source of life and power. Simultaneously, the extreme reduction of the form acknowledges the same bodies capable of birth and nourishment are fetishized as objects; simplified, feared, erased, and abused through misguided desire for control and ownership. The title uses the English word object three times, to invoke it’s three meanings: material form, something or someone at whom something is directed, and disagreement.